Go and see your MP or at least write to him/her demanding the parliamentary inquiry into motorcycle & scooter safety (Dec 2012) recommendations be adopted before the 2014 Victorian election.

At least write to them.

In 2002, on the steps of Parliament House in Melbourne, Denis Napthine MP promised to abolish the unfair TAC antibike tax if they won government. That tax is now over $70 on most bikes. No other type of vehicle is targeted like this. Napthine is now Premier of Victoria.

Go see your local MP and demand Premier Napthine keep that promise and adopt the other PIMSS recommendations. 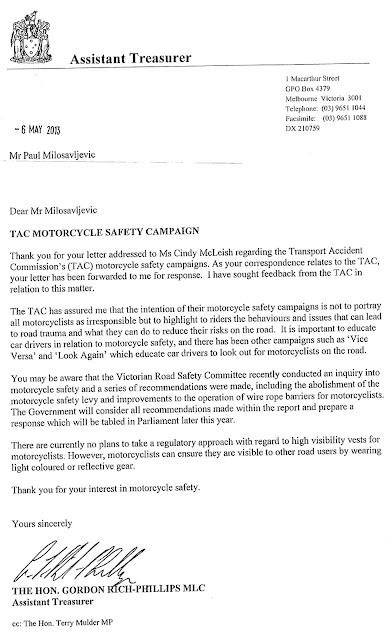 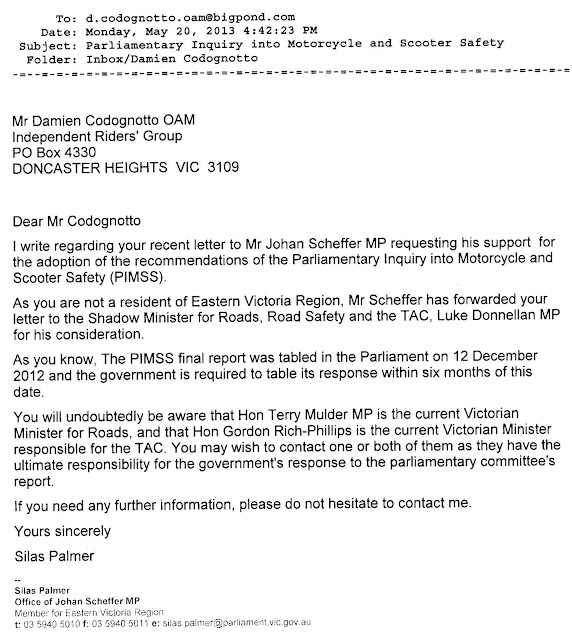 Posted by Damien Codognotto OAM at 23:47