VICTORIAN PREMIER Denis Napthine promised to abolish the discriminatory TAC tax while in Opposition. He tabled our petition against the tax in parliament. He attended protest runs too.

The Victorian Parliamentary Inquiry into motorcycle & scooter safety recommended the tax be abolished.

Shadow Minister for the Transport Accident Commission (TAC) raised the tax in state parliament in 2013.

No response from Napthine & Co.

Independent Riders' Group (IRG)  representative Dale Maggs has been asking Ms Julie Reid, the Premier's appointments secretary for a meeting with the Premier to discuss the TAC tax for months.

Lots of excuses. No meeting.

Neil Brumby of Heavy Duty magazine has written to the Premier's appointment secretary too. See below. Isn't it about time other bike journos considered who makes their incomes possible and supported riders in political lobbying like Brumby does. 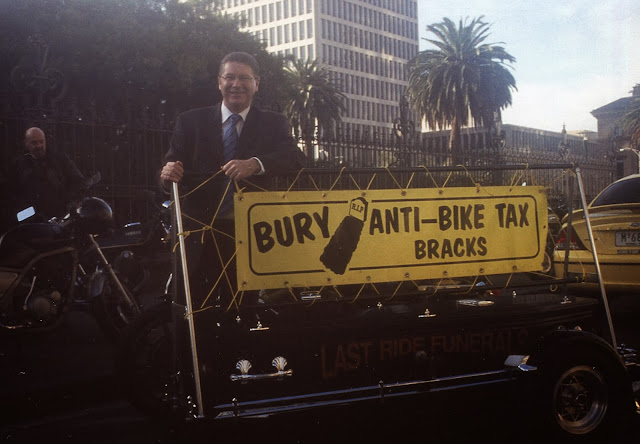 For the quick chat today:-)


Good to talk to you today - my contact details noted below

Mr Dale Maggs is the independent Riders' Group (IRG) Representative for the West of Victoria.

I'm told Mr Dan Tehan, Federal Member for Wannon, felt that Mr Maggs would get a fair hearing from Premier Napthine and encouraged him to seek a meeting. We have watched with growing concern as Mr Maggs requests for a meeting with Premier Napthine to discuss issues effecting motorcycle & scooter riders in this state have failed to secure a date and venue.

In Opposition Premier Napthine was strongly opposed to the Bracks antibike tax levied by the Transport Accident Commission and collected by VicRoads. Premier Napthine issued media releases branding the TAC tax discriminatory and promising to abolish it. He attended IRG protests at state parliament (see attached) and tabled a petition against the unfair tax in the Legislative Assembly.

In December 2012 the all-party road safety committee tabled its' report from the inquiry into motorcycle & scooter safety. Recommendation 25: That the motorcycle safety levy be abolished. <image.jpg><image.jpg>

The RSC studied the discriminatory TAC tax carefully and recommended it be abolished. No other transport type suffers a targeted tax like this. If TAC tried to tax 4WDs/SUVs like this the outcry would stop the attempt in its' tracks.

In 2013 the Shadow Minister for the TAC, Luke Donnellan MLA, raised the issue of the TAC tax in the Legislative Assembly again. We have seen no response to his concerns.

The TAC tax was a road safety experiment that failed. It should be abolished. Not only have the tax proceeds been badly managed, as Richard Dalla-Riva found through freedom of information requests, the tax actively works against road safety particularly for low income earners. By adding well over $70 a year to the cost of running a motorcycle or scooter TAC makes it harder for riders to purchase the best protective clothing and keep their machines in best condition.

Premier Napthine should make time to meet with us. 2014 is a state election year and the more than 326,000 Victorians who are licenced to ride motorcycles & scooters want a fair go.

Please schedule a meeting for Mr Maggs and three other representatives of Victoria's motorcycle & scooter community at your earliest possible convenience. 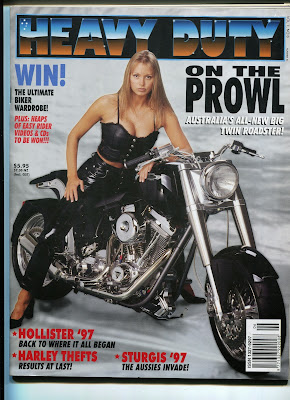 I also would like to express my concerns about the lack of communication on this issue.

As the publisher of the most widely read Harley-Davidson magazine in Australia I want to report in my January 2014 publication that the Premier is addressing our concerns on a range of issues involving motorcycle riders.

The comments above are part of them but I am also concerned that motorcycle riders in general are being vilified by the ongoing media and governmental hysteria over ‘bikie gangs”.
The general public are not easily able to differentiate between ‘good and bad’ riders, thus tarring all of us with the same brush.

That’s very  close to discrimination as far as I can tell.

Please do not misunderstand this view as sympathy for the outlaw clubs. I have none, nor any connection with them. And there is a large number of riders out there who hold the same position.

I would like to applaud the Victorian government in my magazine report next issue and on our television show, HDTV on Channel 74ME every Monday fortnight. I hope that we get a chance to do so. 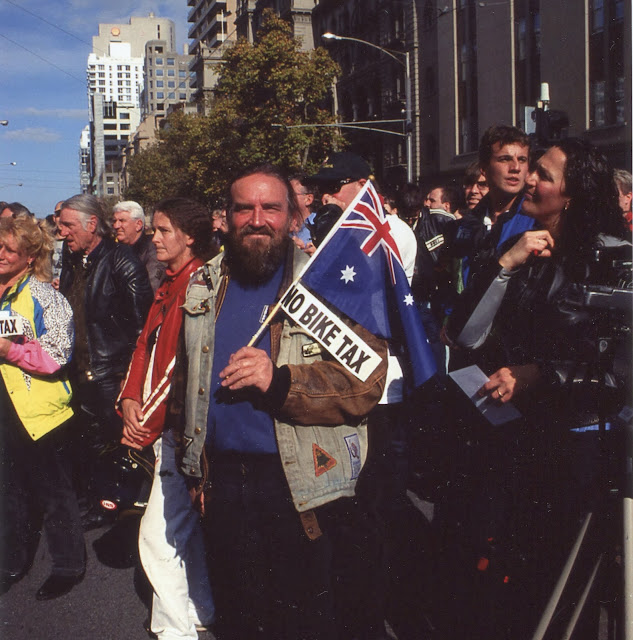 Posted by Damien Codognotto OAM at 15:27