YOUR MP WORKS FOR YOU

You have more than one MP.

At a federal level you have a House of  Representatives member and Senators.

Parliamentary websites not only give you MPs contacts they give you background information on the person who is representing you so it is good to check and see what you may have in common with your MP or what expertise they may have related to the issue you want to discuss.

In Victoria you can find out about your MPs at:

You elect and pay for your MP. He/She works for and represents you. Make an appointment today. Tell them in no uncertain terms what motorcycle & scooter issues matter to you, from Queensland's VLAD laws to wire rope barriers and unfair CTP bike premiums and taxes (in Vic the TAC tax).

Ring your MP and ask them to post you a community survey. Register a relative for congratulatory messages like a letter from the Governor and Prime Minister on a birthday or wedding anniversary. My Mum & Dad got letters congratulating them on their 60th wedding anniversary because I got onto my MP about it. They were surprised and very happy to receive it. It cost me nothing. I just filled in a form.

MPs can do a lot for you but like any system you use it or you lose it. Most Australians don't bother. Apathy has seen free countries disappear before today. Australia has very good government won by citizens who believed in freedom but it's under threat from things like Queensland's VLAD laws and from Victoria's proposed changes to the Summary Offences & Sentencing law.

Here's a letter from my Federal MP. 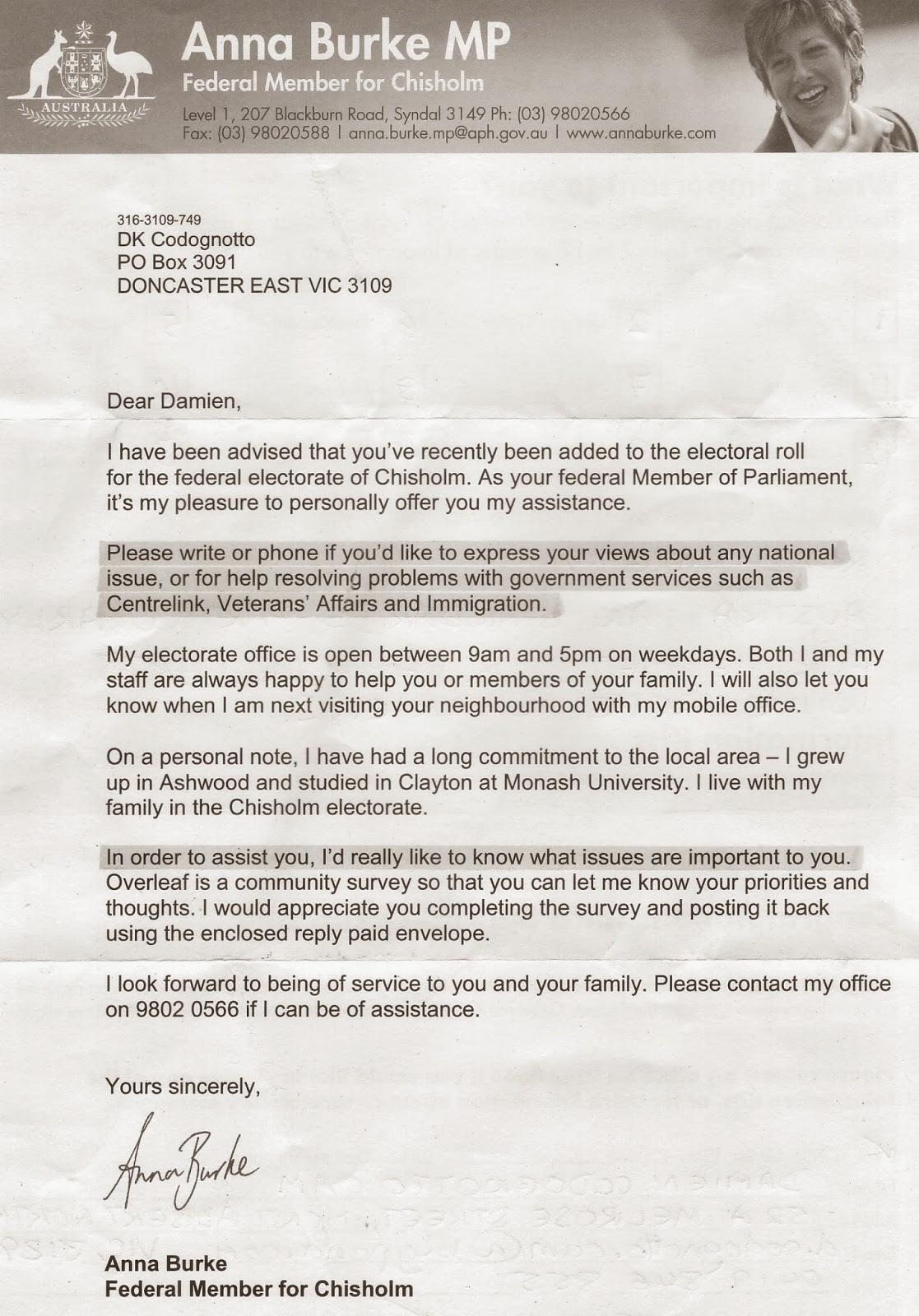 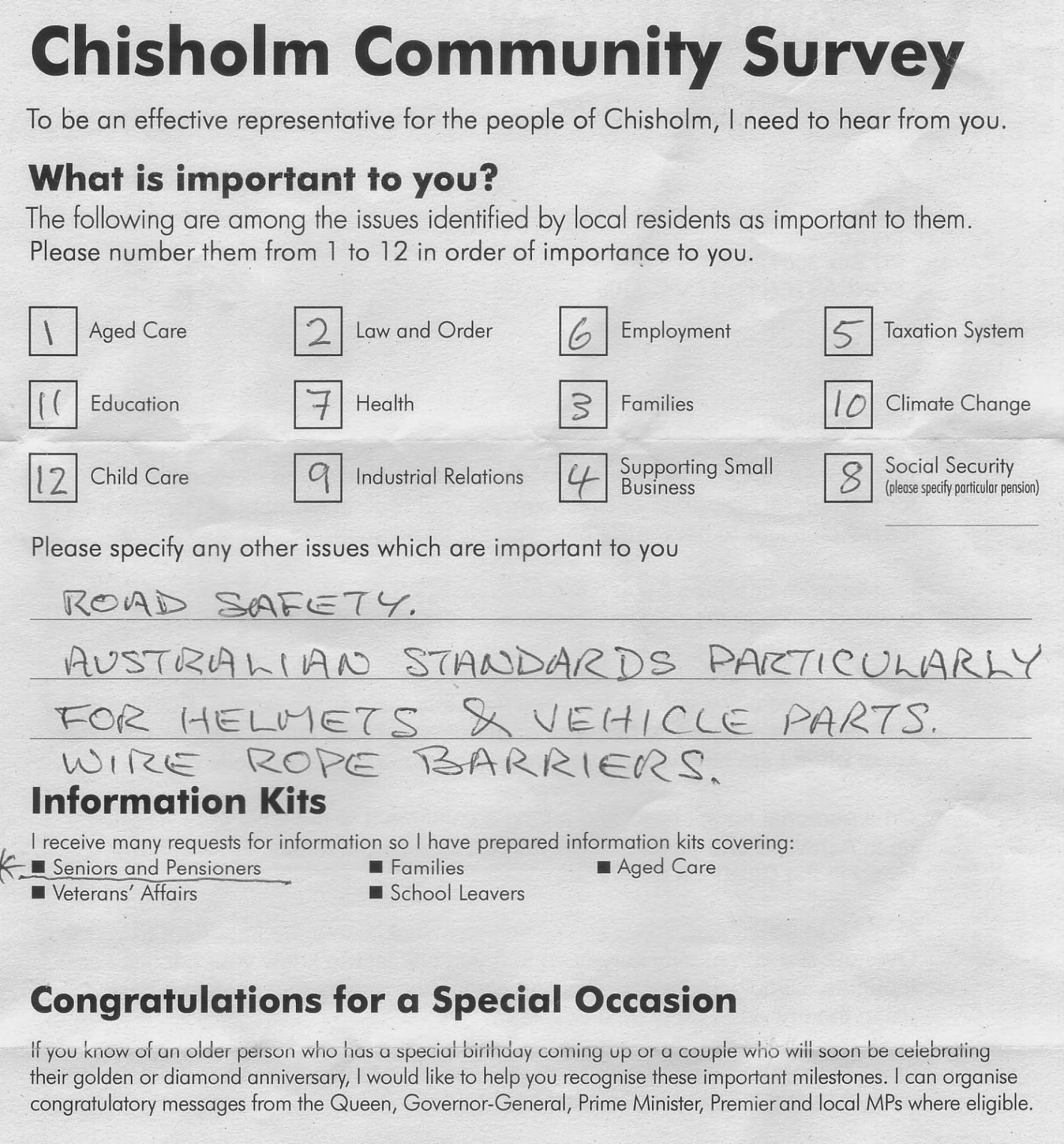 Posted by Damien Codognotto OAM at 16:38