Not the Federation of Australian Motorcyclists (FAM) protest rally promoted on the bike shop window. I those days there were lots of smaller bike businesses who supported the riders who were the reason the businesses existed.

The shops behind Geoff are gone. Now it's Melbourne Central. That's my Honda 4.

Geoff is no longer with us but he is well remembered. Vale Geoff.

These shots were taken when the Elizabeth Street  motorcycle strip was the heart and soul of Australian motorcycling. The gatherings of riders on Friday nights and Saturday mornings were world famous.

The first motorcycle shop was opened by the Milledge Brothers in 1903. In 2003 the Centenary Celebrations were held. 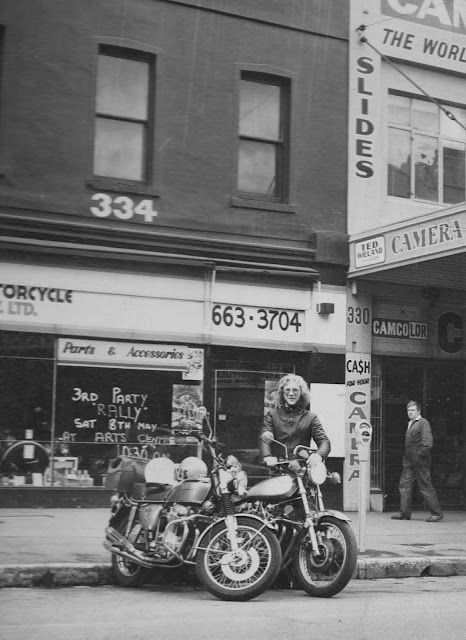 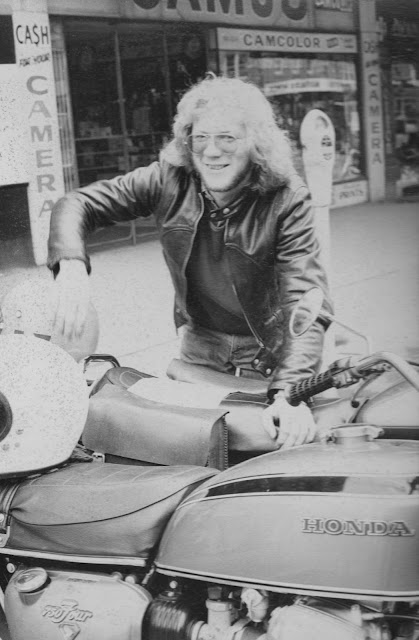 Posted by DAMIEN CODOGNOTTO OAM at 23:03