Your item on bicycle safety & research this morning (Mat 26, 2018) was interesting.
From memory, the report claimed that in 63% of collisions involving cars and bicycles, the car driver was at fault. We think that research was done in and around Brisbane.
In Melbourne bicyclists have called for phone blockers fitted to cars to stop drivers being distracted by their phones, tablets, etc. See attached. The Independent Riders Group thinks blockers have problems, not the least of which is the cost of retrofitting the entire Australian car fleet. We would like to see more police motorcycles in traffic using helmet cameras. See attached.
The IRG accepts the 63% figure. We think that if the same research was done in Melbourne traffic the percentage of collisions where the car driver was at fault would be much higher.
In collisions involving a car and a motorcycle or scooter the car driver is at fault around 70% of the crashes.
Why don’t car drivers see the two wheelers? The short answer is they do not look for bikes because they are not trained to look. Car drivers are conditioned to look for THREATS. But they don’t always look for threats either. They are also conditioned to say I did not see him/her on the bike. This avoids the responsibility of driving safely and being blamed/charged for the driver’s role in the crash.
A longer answer involves the dumbing down of the driving task, the lack of road user education in schools, the increasing isolation of the car driver in a comfortable shell and the huge increase in in-car distractions over the last two decades. 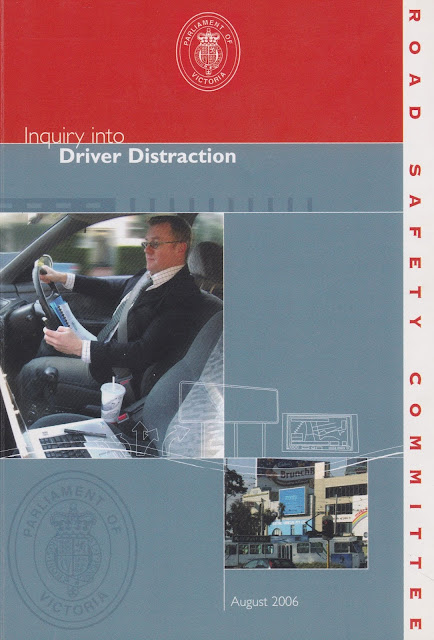 Posted by DAMIEN CODOGNOTTO OAM at 16:14