Wire rope barriers were the subject of a speech by Senator Luke Hartsuyker and a debate in the federal parliament.

Road authorities can claim there is no evidence to suggest WRB is more dangerous to riders than to drivers because the evidence is not collected in a way that you can look up crashes and find out what sort of barrier was hit and what sort of injuries were sustained. Often the officer ticking the boxes on the crash site assessment form has no special training so the form becomes opinion. Then as TAC put to the Victorian parliamentary inquiry into motorcycle & scooter safety on March 7, 2012, data is "cleansed" by a "small team of people" (who probably did not even visit the crash site) at VicRoads. An opinion of an opinion is presented as fact in way too many crashes. 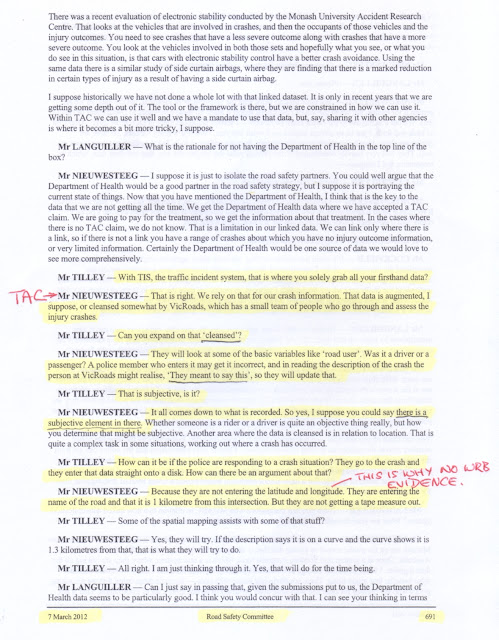 But the media and citizens with cameras are gathering the evidence to show how deadly WRB is for riders and that it fails miserably when it comes to stopping larger vehicles. The truckie in the clipping below died when the WRB on a freeway east of Melbourne did not stop his truck. 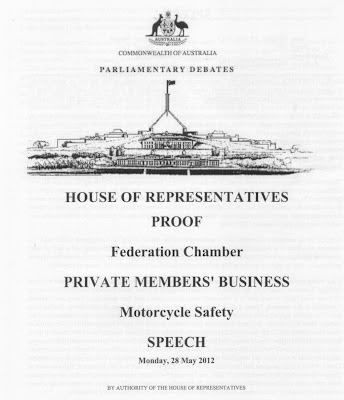 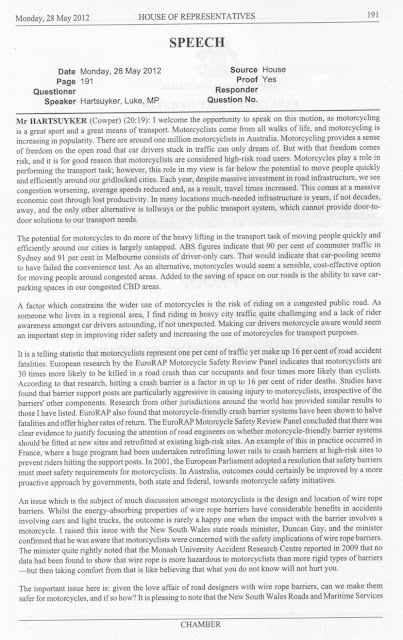 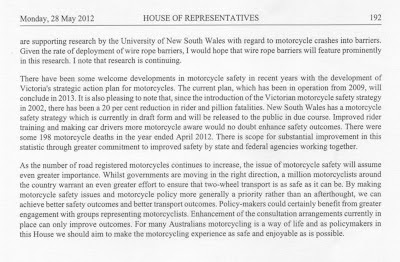 Posted by Damien Codognotto OAM at 21:41