I've taken a bit of an interest in this since the Bear published that piece about the French bringing in ' fluoro law'.  One of our major problems is that we're more fragmented and ruggedly individualistic that the Transport Industry - and that's saying something !. And all Australians give away their freedoms with mouse-like timidity.

Regarding the subject to hand, sadly, I think we might have lost the fight, white-anted from within. I'm now regularly seeing riders, on tour, coming through town ( Mitchell,Q ), wearing fluoro, several in Toowoomba today and many when I was in Darwin last week. Mind you, with the standard of Darwin drivers I'd be inclined to wear hi-vis as well. I was in the UK a month ago and nearly all the riders I saw were wearing hi-vis, either those flimsy vests or full-on touring jackets. Motor-cycle apparel shops over there also were well stocked with such items.

Further; I'm absolutely certain that the authorities have not the slightest intention of trying to raise driver standards. What your sargeant said about texting, etc, is proof of that. We now have nearly (?) all conservative state gov'ts and one thing they have always been good at it sticking it to minorities for political popularity.  And leaving majorities, no matter how prejudiced or inept, well alone. We both know where we stand. 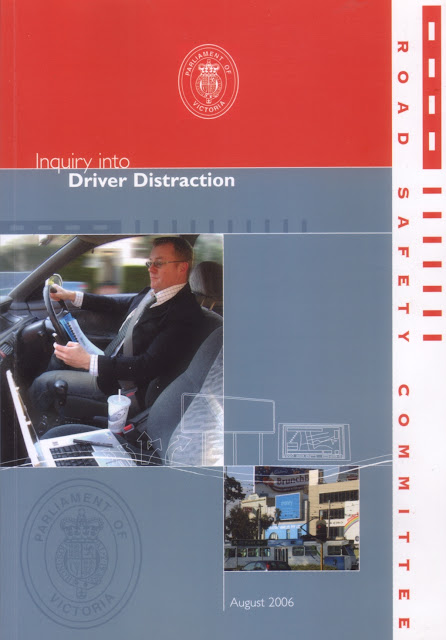 
One of my ideas, and I have no notion of how I'd implement it, is to have the legislation which condemns us to a life of hi-vis, also severely raise the penalties for drivers who hit riders so dressed. There'd be no excuse, would there ?

Further, to go down the Monty Python route, we could have all pedestrians required to wear hi-vis at night, cyclists to wear it all the time and all cars to be either white or day-glo green/yellow. Older and/or darker coloured cars would have to painted with 200mm reflective stripes over the top and along both sides. And it would work; no doubt about it.  Do you think a letter to the pollies concerned, suggesting that as a trade-off would do any good ? Oh, look, another flock of pink pigs.

Doug; I'm not sure I've helped in any way but if there's anything I can do constructively, I'll try. Just let me know.


Go for your life, old chap. Use my ID; I don't mind. As Doug says, there's no privacy on the Web.  I actually think that you Victorians are in for a battle because, to the great unwashed, Fluoro makes so much sense. I have a feeling that behind this fluoro cry is a growing belief amongst drivers that they should be held less accountable for other road users and if they could make the point that bikes are small, quick and hard to see then it's not their fault if they run into one.

If that excuse stood then the next target for their indifference would be cyclists and then pedestrians.


I do believe we are becomming a more callous society.  The rights of individuals in minorities in modern conservative Australia are really under attack. Is there merit, do you think, in trying to get your legislators to balance the equation by changing the statute such that the driver will be presumed guilty if he hits a fluoro-clad rider.  If it was mooted, there might be such an outcry from drivers that the whole thing gets dropped. Fight fire with fire, so to speak. Just a thought.

Posted by Damien Codognotto OAM at 19:25