GRAB FOR OUR CASH ON 9

The Ch 9 News item (6 pm. Monday, August 19, 2013.) on the Victorian speed camera commissioner's call for all motorcycle & scooter riders to fit front number plates to their bikes was hardly balanced and fair. The promos featured file footage of riders who would have offended whether there was a front ID law or not. The bloke popping a mono on an unroadworthy trail bike that was unlikely to be registered, didn't even have a back plate I could see. He was hardly going to be worried about fitting a front plate.

Time is short in TV interviews BUT, the VMC's Rob Salvatore got a few seconds to say front plates are dangerous. That was it for our side.

Old footage, dodgy statistics. One sided. This was propaganda.

The 325,000+ Victorian licence holders were again portrayed as a criminal element in society when the Ch 9 voice over told the audience that the commissioner had received a death threat. Viewers are led to believe the threat was made by a rider over the call for front number plates. Hardly a way to promote harmony in traffic.

To the car drivers watching, the promos and the news clip said that motorcycle & scooter riders speed and get off scot free because they can't be identified. In other words we riders are crooks and parasites.

The commissioner wants the cash from fines. The police and RACV want "transponders" fitted to bikes. That bit didn't make it to air but transponders equal compulsory tracking devices. The technology exists. Something similar has been tested in Melbourne. 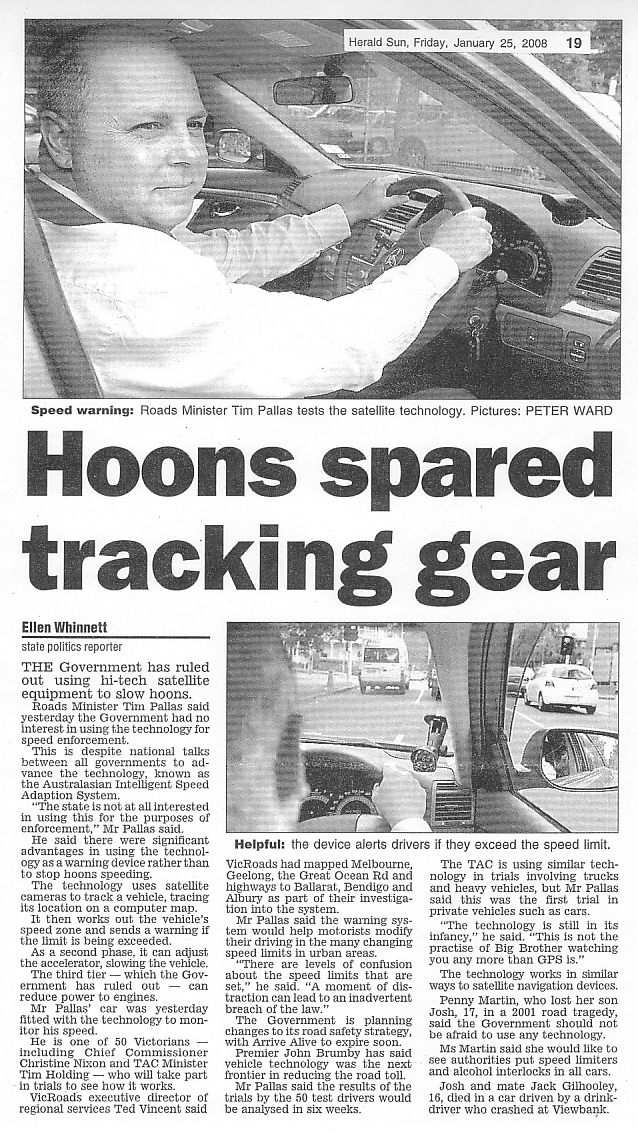 Only a few third world countries require front ID on bikes. Some places in North America don't even require front plates on cars. And, motorcycles & scooters are not designed or built to have a front number plate or sticker.

The speed camera commissioner wants front number plates on motorcycles & scooters because he says he wants "a level playing field". Presumably he means cars have front plates so it's not fair that bikes don't. But car drivers don't pay the unfair TAC tax of over $70 on most bikes. If you want to level the playing field you can start by adopting the recommendation to abolish the TAC antibike tax.

The commissioner shows his utter contempt for the parliament and the Road Safety Committee who just 8 months ago reported on their research into motorcycle & scooter safety and rejected front ID for bikes.

Someone should get onto the ABC's Media Watch about this news clip.