I've seen a lot of it in Victoria.

Premier Bracks (ALP) promised to stop wire rope barriers (WRB). He put it in writing. Then he got elected and the Sir Humphries got into him.

Premier Napthine (Liberal) promised to stop the discriminatory TAC tax. He put it in the media. Then he got elected and the Sir Humphries got into him.

The 2012 Parliamentary inquiry into motorcycle & scooter safety recommended that the TAC TAX be abolished so Premier Napthine has no excuse. The only reason to keep the TAC TAX is to keep motorcycling down.

But it's partly our fault. The motorcycle & scooter community is pathetically apathetic when it comes to standing up for itself.

Go see your MP. Tell him/her loud and clear that you want Premier Napthine to keep his promise to the 326,000 plus Victorians who hold bike licences, pay more than our share for our right to ride and vote.

There is a state election in 2014. Tell the MP you will vote anything but Liberal if Premier Napthine does not keep his promise to abolish the TAC TAX well before the election. 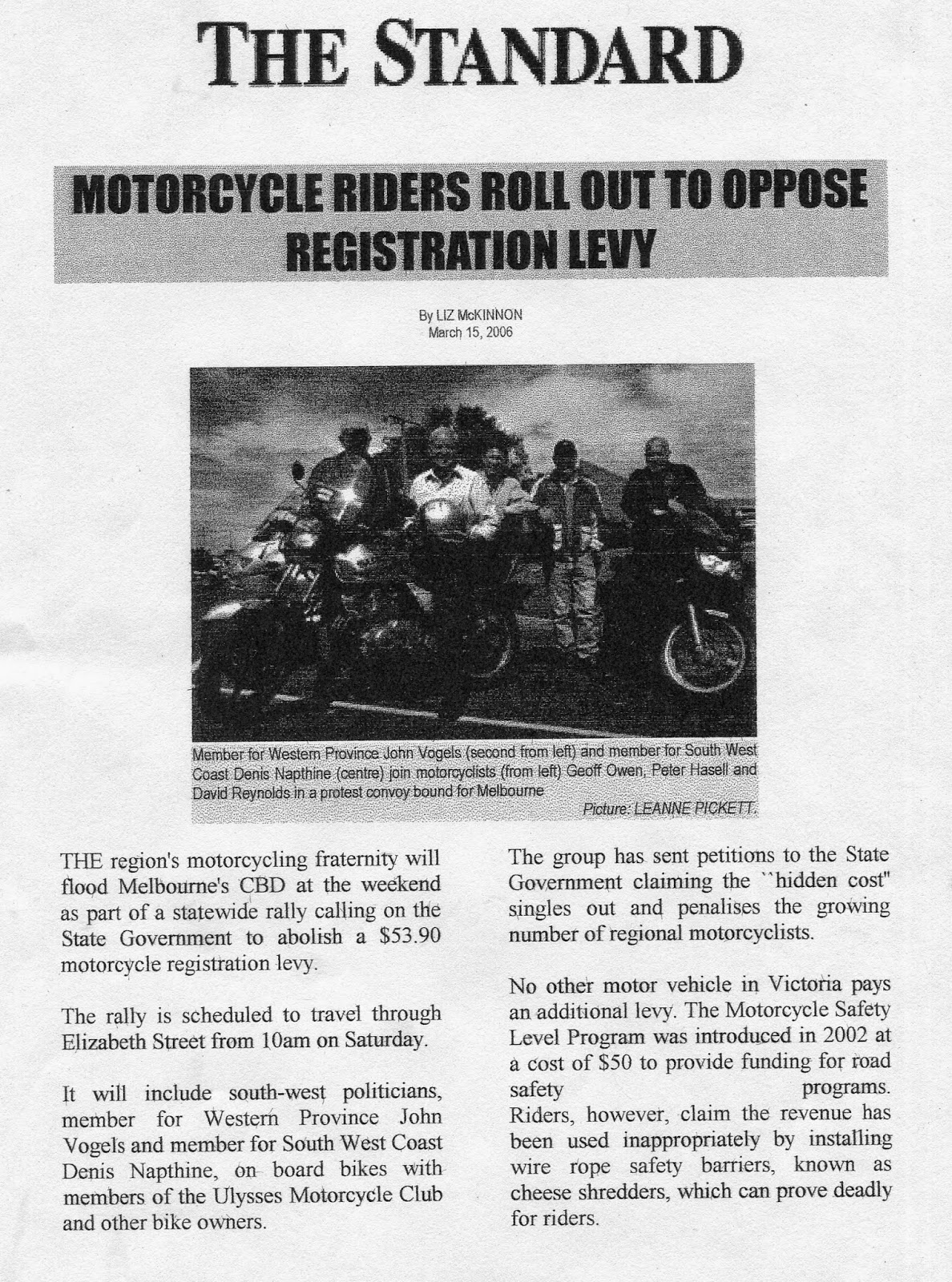 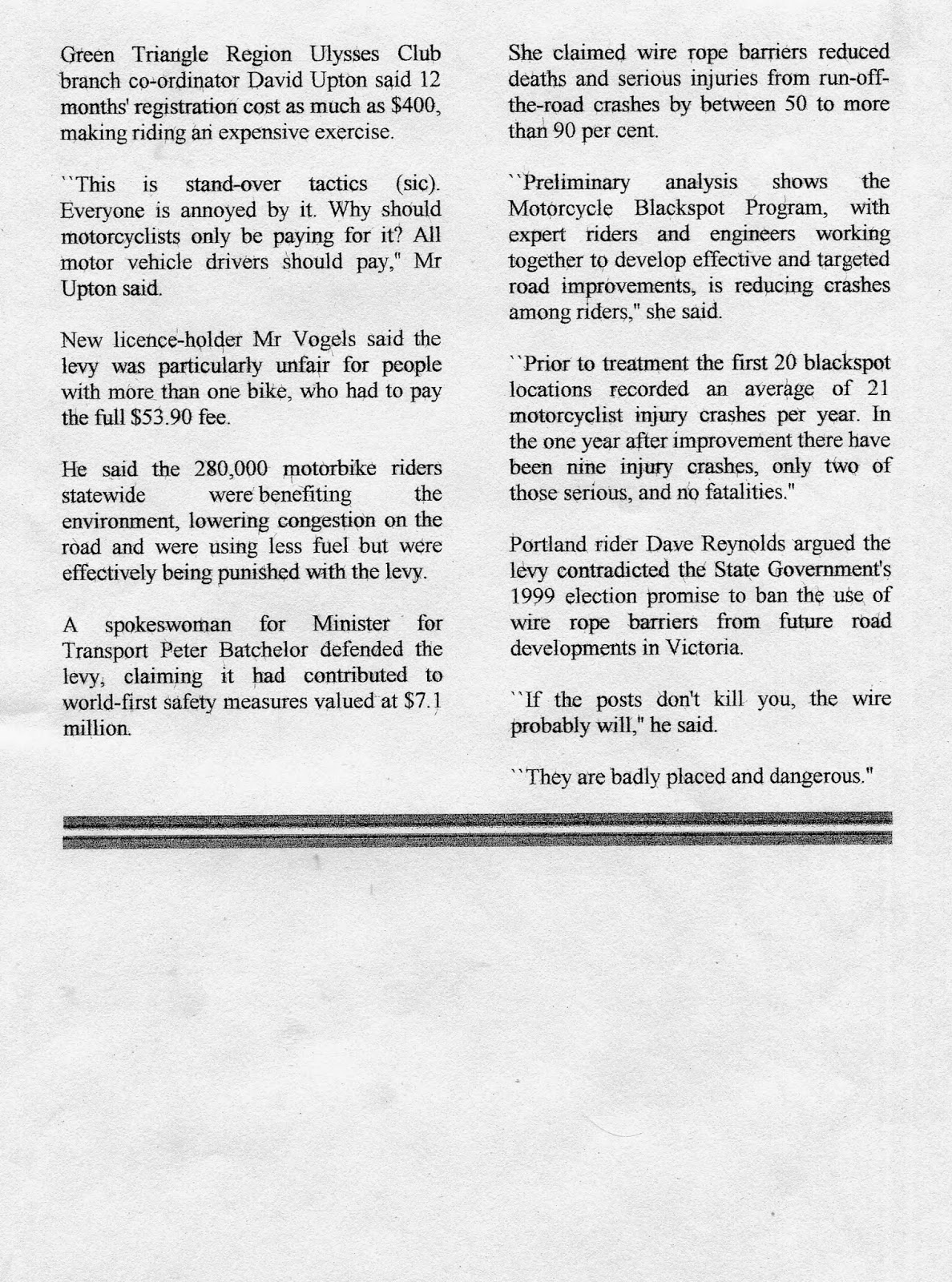 Posted by Damien Codognotto OAM at 00:47