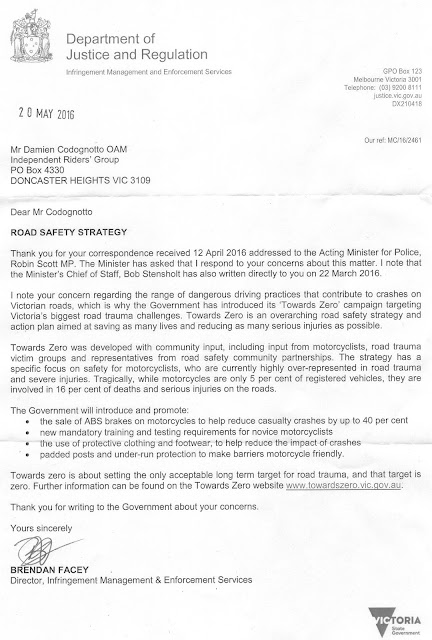 Posted by Damien Codognotto OAM at 18:20 No comments:

Posted by Damien Codognotto OAM at 17:38 No comments: 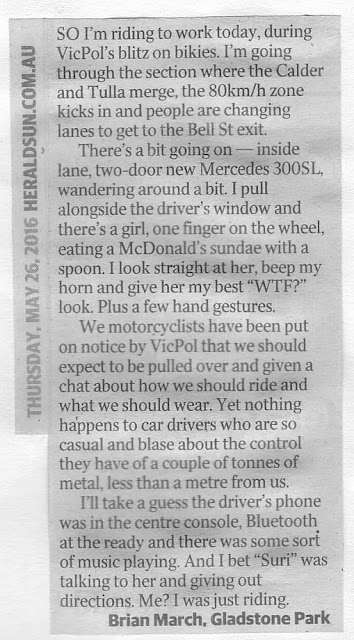 Posted by Damien Codognotto OAM at 17:27 No comments:

Please note. The following does not indicate promotion of, or support for, any political party or candidate in the coming election. It is for information only. Voters make our society. You decide.

I am writing to you in a brazen exercise of asking for your support for my tilt at the Senate in this year’s Federal election!

As you may know, I’ve agreed to stand as a candidate for the Australian Sex Party (ASXP). Now I am probably not the first image that comes to mind when one thinks of a Sex Party candidate -- so let me explain …

While I’ve spent most of my career in the corporate world, I’ve always remained vitally interested in politics. Before the last Federal election, we at the Rationalist Society conducted a Secular Scorecard, assessing ten parties and their policies against the 10 Point Plan for a Secular Australia developed and adopted by a range of freethought groups. It was through this exercise that I discovered how the ASXP’s policies align just about perfectly with policies the freethought community has been pursuing for years.

Part of the challenge for the Sex Party will be getting people to go beyond the somewhat provocative name, and actually read the Party’s policies. Over the last six years, the ASXP has matured way beyond its origins and now has a range of policies that are socially progressive, economically prudent and environmentally rational (you can read them here).

Many people don’t realise that the Sex Party won more votes at its electoral inception than the Greens did when they first started out. And in November 2014, the ASXP was successful in getting Party leader Fiona Patten elected to the Victorian parliament. It’s now commonly acknowledged that Patten has achieved more in 18 months since her election than most minor party politicians achieve in a whole term.

I would like to do in the Senate what Fiona Patten has done in the Upper House of the Victorian parliament - work across party lines, with people of commonsense and good will, to achieve positive change to legislation so that our national laws better reflect a modern Australia.

I realise some of you may already be committed to a particular political party. If that’s the case, please feel free to drop me a short “Thanks, but no thanks” note and I won’t bother you any more.

But if you would like to help my campaign, here’s a few ways you could do that:

1.  You could ask us to send you some pamphlets that you could use to letterbox your local area. [Note that political pamphlets are not classified as junk mail!]

2.  Between now and the election, we'll be handing out pamphlets at selected train stations and markets between 8am and 9am in the mornings. You could volunteer to join us at one or more of these “meet the people” sessions.

3.  About a third of voters are likely to vote before the election. “Pre-poll” stations will be open from about mid June and for us, having people handing out our How To Vote cards (with our policies printed on them) is incredibly important. You could volunteer to help staff these pre-poll stations.

4.  On election day, 2 July, we will also need as many people as we can muster to help staff polling places. You could volunteer to hand out How To Vote cards on the Big Day.

5.  If time is precious for you, you could make a donation to my campaign (see here):


Thanks for reading. Thanks (in anticipation) for any support you can give. Thanks for caring about making Australia better than it is.

PS: If you would like us to send you pamphlets, please respond with your postal address.

PPS: If you would like to help us out as a volunteer, please respond with a mobile phone number so we can follow up and organise some times. 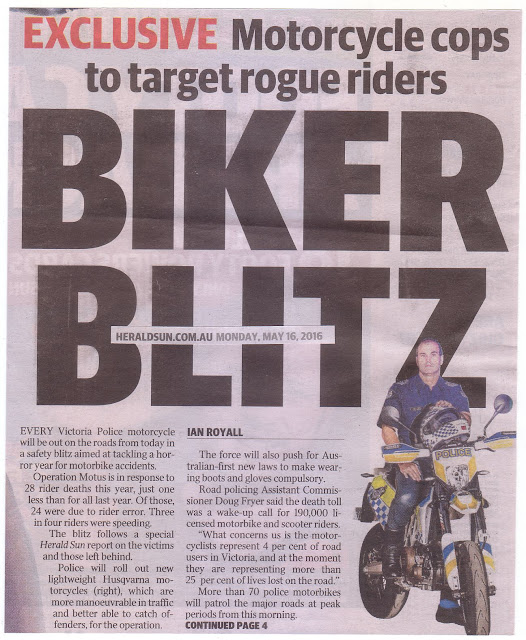 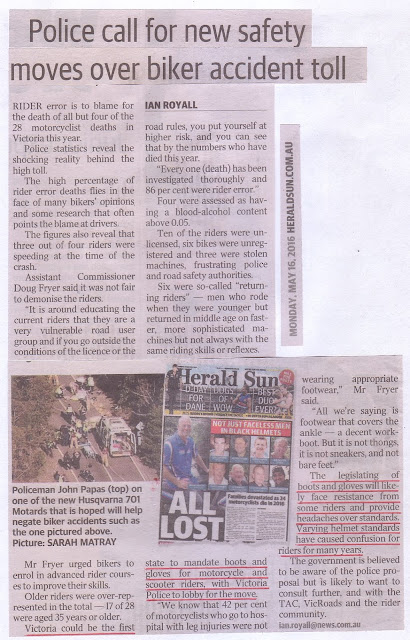 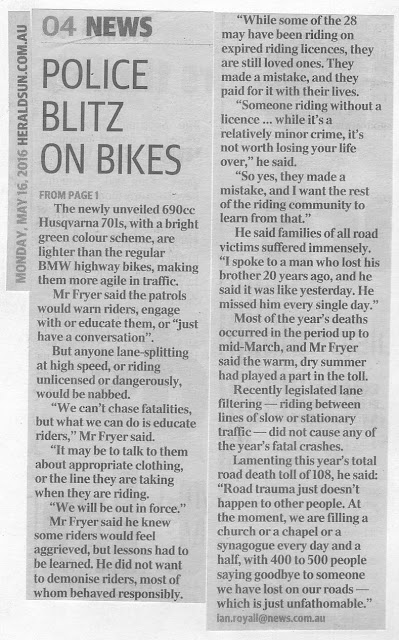 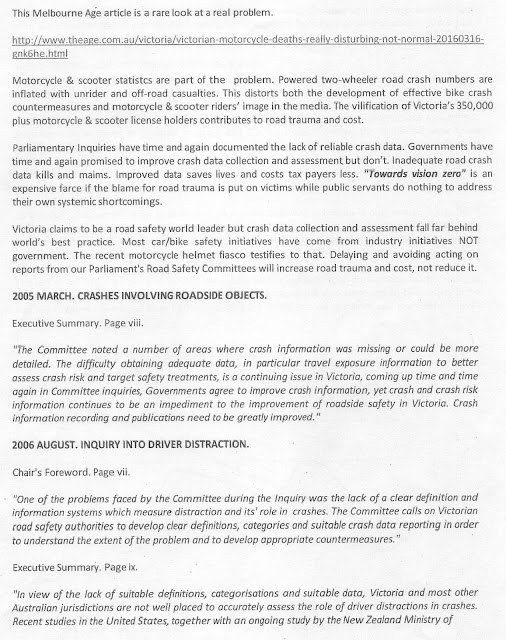 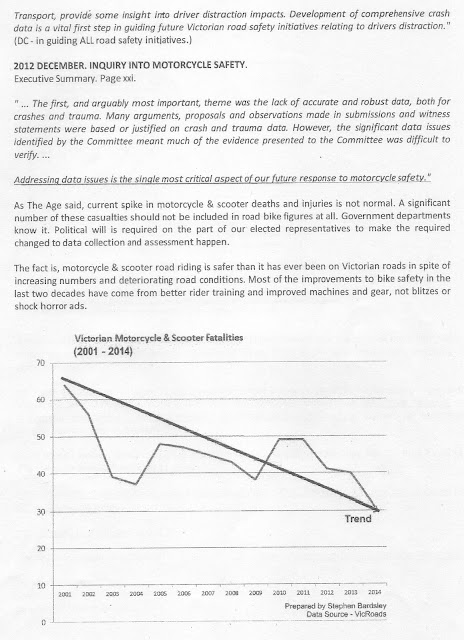 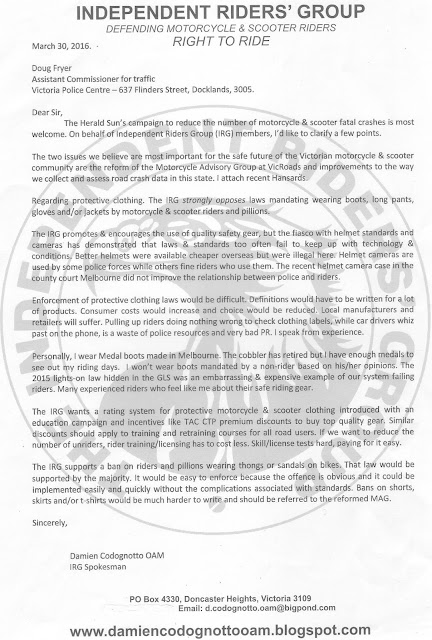 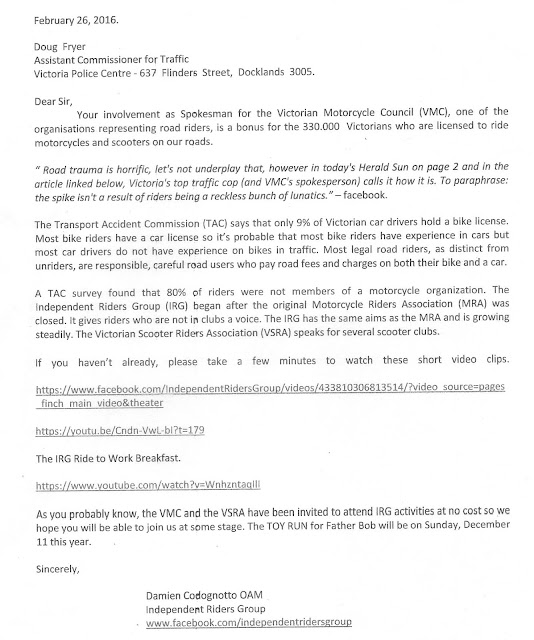 FRONT ID NOT ON IN VICTORIA 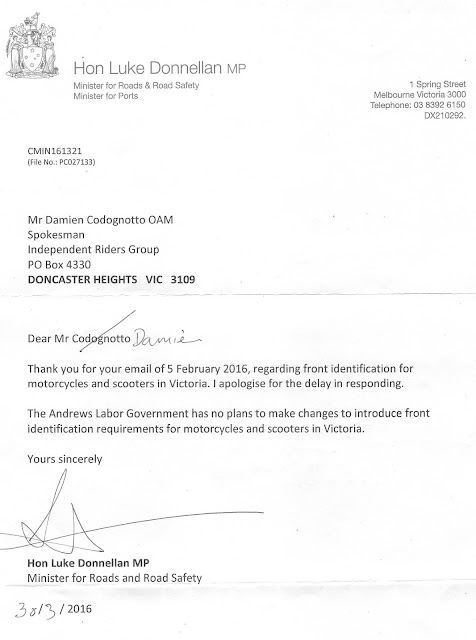 MELBOURNE AIRPORT TULLAMARINE is big by Australian standards. It's like an American shopping mall with aeroplanes. It's designed to take your money.

For most Melbournians, Tullamarine is the only option for a short trip by plane. It's notorious for the cost car parking but a lesser known fact is that motorcycle & scooter riders are treated most unfairly.


I flew interstate on Saturday, May 7, 2016. I had not parked at the airport for more than ten years.

From Melbourne's eastern suburbs the public transport trip to the airport on the other side of the city is long. Melbourne is a bit of a freak in that there is no rail link to our airport or I would have taken my tram. This is great for the car parking company.

The airport shuttle bus from the city and return is $38 plus public transport fare for a lot of people. Taxis can cost even more depending on where you are coming from.

So I rode to Tullamarine. Big mistake.

Not many Victorian motorcycle & scooter riders know that airports are under Commonwealth law. That means no free footpath parking. Heavy fines apply. That means a rider is obliged to use the car parking facility. This is great for the car parking company too. At  the entrance they do not tell you what the fee will be. Nor do they have a map or signs to show you where the bike parking area is. They don't even tell you a bike parking area exists.

If you have a bag to carry and a crook left foot like me, you park the bike as close to the footbridge to the terminal as you can. I knew footpath parking was banned at the airport and, even though I was pretty sure that this facility was private property, I opted for a car bay near the footbridge.

A car parking attendant told me that I should go to the bike area. I asked how far it was and he said down two floors on the other side of the building. I told him I had a 6 am plane to catch. He was not impressed. For some reason, I asked what it cost for the bike parking area. He said. "Same as a car." I was not impressed. I said. "If  I'm paying a car's fee to park my bike here then I'm entitled to a car's space."

6 am is not my best time. I gave him an Independent Riders Group card for his boss and told him I had to fly but I'd be in touch with management, and I will.

On return the bike was as I left it. I went to the parking payment machine. I was charged a staggering $59 for around twelve hours parking.

From now on, when using Melbourne Airport Tullamarine, I'll get a friend to drop me off and pick me up. That will save me enough for a slap up lunch at my destination. 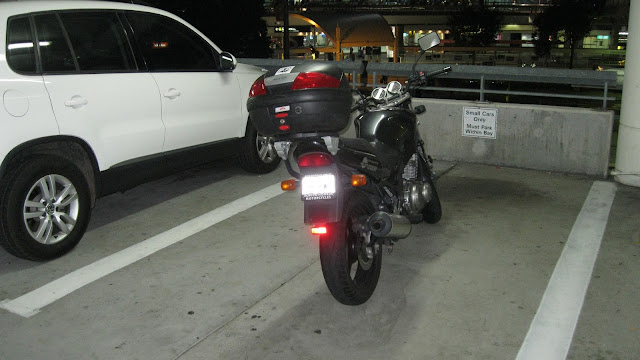