Can your club or business help to publicise the TOIY RUN for FATHER BOB in Melbourne on December 11 by putting the flyer on your facebook page or website?
Posted by Damien Codognotto OAM at 15:45 No comments: 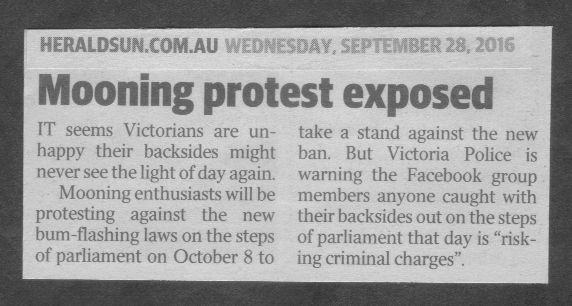 Posted by Damien Codognotto OAM at 15:22 No comments: 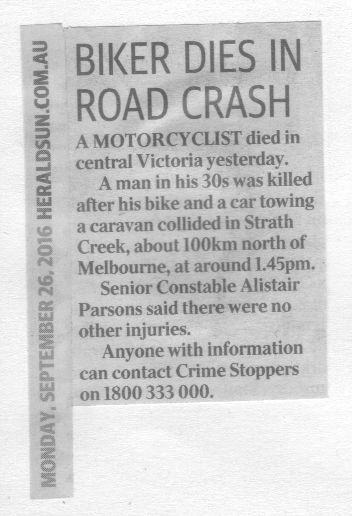 https://www.vicpolicenews.com.au/news/fatal-motorcycle-crash-at-strath-creek
Posted by Damien Codognotto OAM at 21:24 No comments:

I really do not feel good about a Victorian law that can deal out two months gaol for a bare bum. Not too keen on the American slang either.

The next TOY RUN for FATHER BOB will be at Victoria Park in Abbotsford, an inner Melbourne suburb, on Sunday, December 11, 2016. Here are some links to videos of 2014 and 2015 TOY RUNs for FATHER BOB.

Spare a couple of minutes to look at this link. It shows TOY RUNs in Melbourne and Adelaide in December 2015.


Posted by Damien Codognotto OAM at 15:06 No comments: 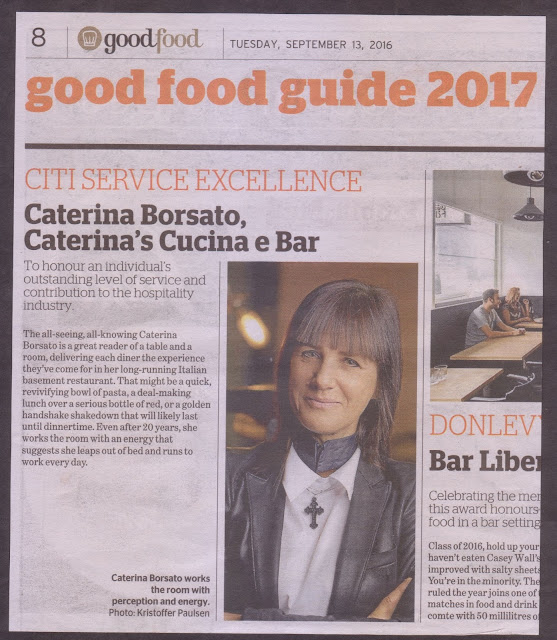 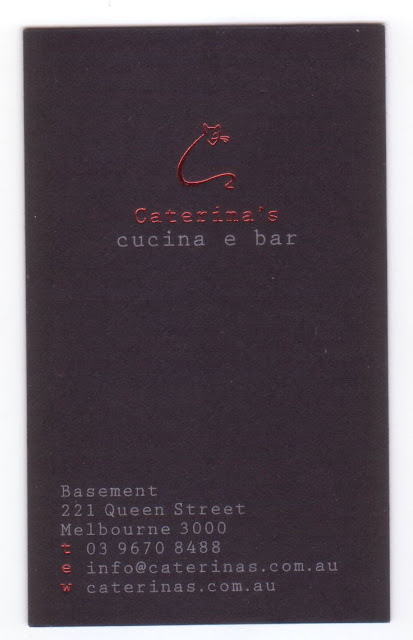 Posted by Damien Codognotto OAM at 21:42 No comments:

http://www.heraldsun.com.au/subscribe/news/1/index.html?sourceCode=HSWEB_WRE170_a&mode=premium&dest=http://www.heraldsun.com.au/news/law-order/former-traffic-cop-turned-mp-bill-tilley-calls-for-europeanstyle-hoon-highway/news-story/e7dda7f7529cda3d3c9bfe522c57b460?&utm_source=Herald%20Sun&utm_medium=email&utm_campaign=editorial&mid=2213873&memtype=registered
Posted by Damien Codognotto OAM at 22:41 No comments:

DO SOMETHING ABOUT ROAD TRAUMA

TO WHOM IT MAY CONCERN

210 road deaths in Victoria in 2016. 177 in 2015. That means many more road users in hospitals and rehab, families without breadwinners and loved ones in distress.

Please print the attached form and start collecting signatures. A petition only has impact if it has a huge number of signatures on it. Big petitions draw media and attention when the MP tables it in Parliament. That puts real pressure on VicRoads/TAC/VicPol/Health.

Victorian petitions must be one sided. The Clerk will not count sheets with anything on the back. And, the Clerk won't count copies so I suggest you use any colour pen but black then it's obviously an original.

Since an independent road crash data authority will effect every Victorian you can get any Victorian over 18 to sign this road safety petition but only sign it once. Please email/forward this to your members so they can start collecting signatures from family, friends and workmates.

We will get to work distributing the petition forms immediately.

Thank you for your detailed correspondence regarding the Road Toll and
how it specifically applies to Motorcyclists.

I will pass on your concerns to my opposition Colleagues when Parliament
resumes next week.

Meanwhile I suggest that you petition the Parliament of Victoria to
implement your suggestion for ‘/an independent Office of road safety
data be created which will be responsible for collecting, collating,
interpreting and publishing all data relevant to road safety.”/

I have attached a suggested petition for you to circulate to your
supporters.

You can then give the petition to us to table in the Parliament of Victoria.

They must only be filled in on one side and must be the originals as
Parliament does not accept photocopies or scanned copies. 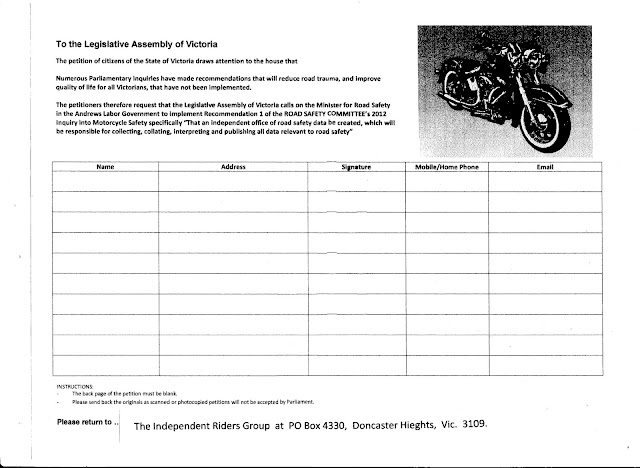 Posted by Damien Codognotto OAM at 19:34 No comments:

Posted by Damien Codognotto OAM at 14:26 No comments: 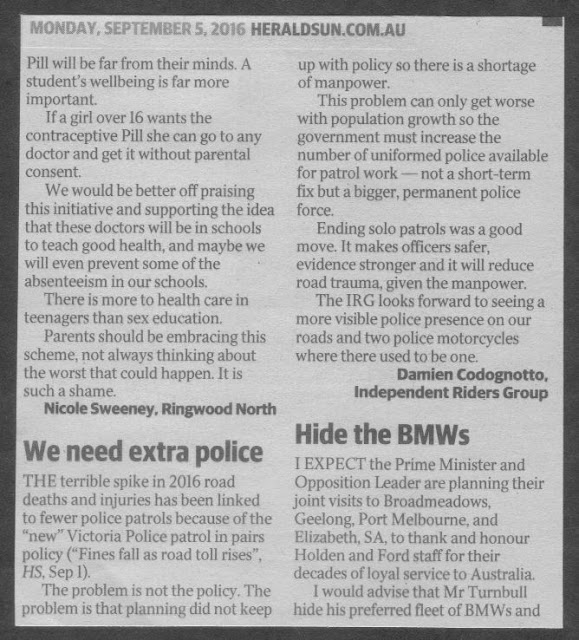 Driver allegedly looking at phone as she hit motorbike

A woman accused of using her mobile phone when her car struck and killed a motorcyclist has faced court.

Bianca Yule Hope, 26, appeared before Rockhampton Magistrates Court on Thursday on charges including dangerous operation of a motor vehicle causing death in relation to the incident, which occurred in June.

A motorcyclist died after being struck by a car as the driver was allegedly looking at her phone.
It's alleged Ms Hope's car struck two motorbikes while travelling along Four-Mile Road at Kabra, near Rockhampton, during the incident.

One man, Harry Heyes, 61, died at the scene while his brother Trevor, 58, sustained a lower leg fracture.

Hope will return for a committal hearing on October 19.

Posted by Damien Codognotto OAM at 21:56 No comments: