In 1978, as President of the original Motorcycle Riders Association, I threw down a motorcycle gauntlet in front of the then Police Commissioner, Mick Miller. He picked it up and the BLOOD CHALLENGE began. Victoria's motorcyclists challenged Police to give more blood than riders over the three summer months.

The time limit on giving blood then was once in three months.

This was a campaign that cost the RED CROSS nothing. It was great PR for both riders and Police. It really did some good when regular blood donors were busy before Christmas or away afterwards. It was good publicity for the RED CROSS and it encouraged people to become donors. Other groups like the Scouts and Melbourne Fire Brigade joined the BLOOD CHALLENGE and it became an annual event. 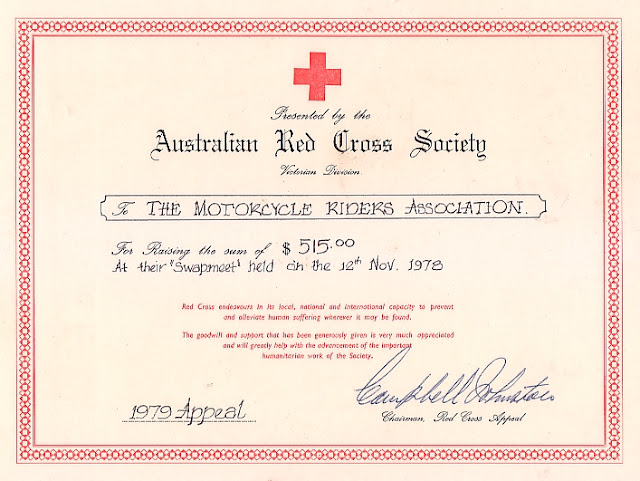 In Melbourne we organised BLOOD RUNS and SWAP MEETS to raise money for the RED CROSS BLOOD SERVICE. 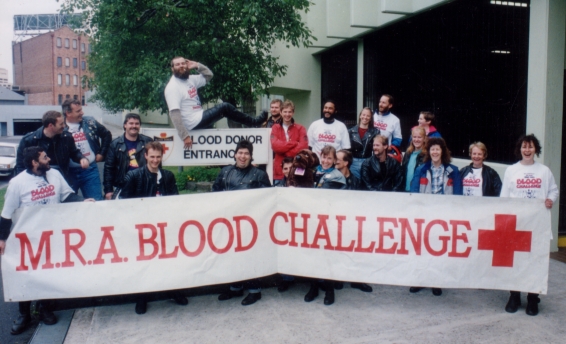 In today's AGE it says the RED CROSS expects to run low on blood supplies over the holidays. 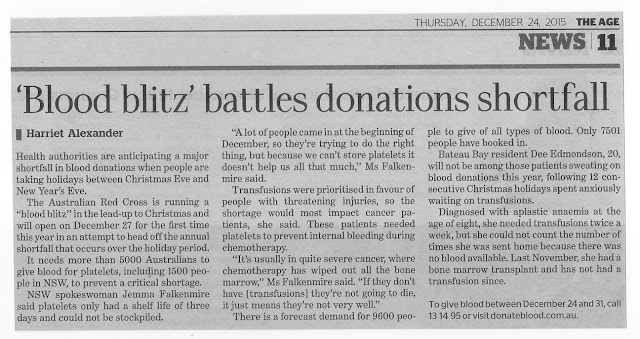 How is it that with a bigger population and better transport and technology the RED CROSS can't manage it's donors so blood supplies do not run low and people who need blood don't suffer for lack of the red stuff?

The Victorian BLOOD CHALLENGE , organised by the MRA, ran for 30 years. In my opinion, it was killed off by corporatisation and a police administration that wanted to distance itself from bikies. Victoria Police in 2015 is not the same force it was in the 1970s and 1980s. It has a far more military image and MO today. This article was in Police Life Magazine in 1981. 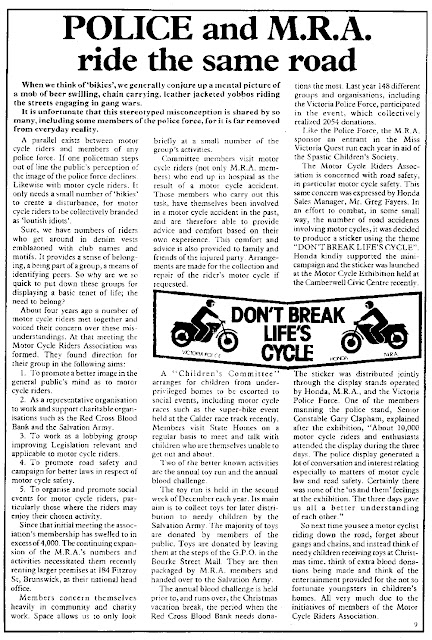 The RED CROSS changed too. It went corporate. Masters of business studies began to change the nature of the organisation. A media unit was set up. Young career-minded people with diplomas and degrees came to the South Melbourne HQ. There was a high turnover of staff as the masters got a couple of years working for a big name charity on their CVs. Each year we organised the BLOOD CHALLENGES we had to deal with new faces that knew little about life, less about volunteers and even less about motorcyclists. Silly ideas were common.

The Masters began to cut costs. The volunteers that served the tea and cakes to donors after they gave blood began to go as they got tied up in more and more red tape. The booking system changed so clubs and associations could not organise group donor sessions, at least not easily. MRA BLOOD RUNS ended. Many BLOOD BANKS were closed particularly in regional Victoria where they were almost social hubs as well as medical facilities. Many volunteers who had served the RED CROSS faithfully over decades were treated poorly so they left. 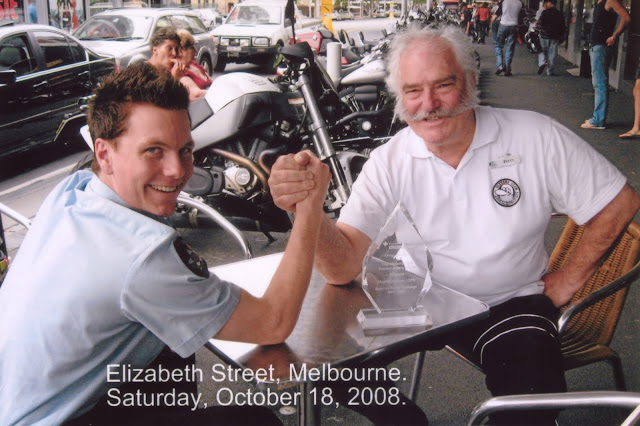 The MRA BLOOD CHALLENGE ran into more and more silly ideas and less and less cooperation. 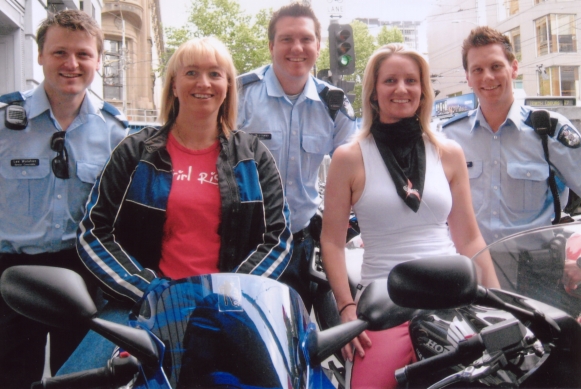 Then one day, the CEO called me into the South Melbourne BLOOD BANK . "We are going to give you an award for organising 30 years organising the BLOOD CHALLENGE " said the woman in the smart business suit. This was a new award. It would be presented by the Federal Health Minister of the day. I said I would accept it on behalf of the MRA. I smelt a rat. 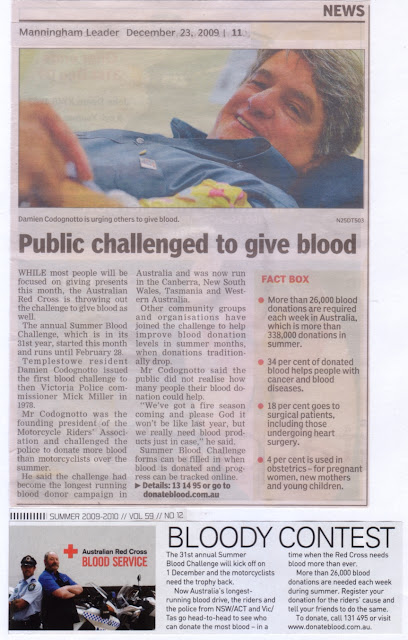 Within a week or two the police said they would not be part of the 31st BLOOD CHALLENGE because the emergency services were going to run their own challenge from now on and we could organise a bike club challenge. That was never going to work with the disunity that was growing in the motorcycle community. I suspect police command were aware of that. The Emergency Service BLOOD CHALLENGE didn't happen. The MRA BLOOD CHALLENGE did not make 31. The longest-running, most cost effective blood donor campaign ended. The interstate challenges declined and ended as the masters dominated RED CROSS BLOOD SERVICE policy.


So here we are, another summer holiday and another blood drought and another formula media release from the media unit in the South Melbourne HQ. It calls for donors to give blood over the break. If you can I urge you to give blood before the end of 2015.

Posted by Damien Codognotto OAM at 19:47