The Victorian Government released a report which reportedly says car phones and like devices will contribute to an increased road toll if we do not do something to stop their use by car drivers.

I thought they were already contributing.

The issue got TV time on Ch 7's SUNRISE this morning. It got pages of print in the Melbourne Herald Sun.

Top traffic cop Doug Fryer got stuck in on the side of Bicycle Network Victoria who want car phone signals blocked to car drivers.

Four million cars in this state. Putting a blocker in each one would be a big job. Even if, for argument's sake, the blockers only cost $25 each, you are looking at $100,000,000 over a long time. I doubt it will happen.

A much easier, quicker and more cost effective way to crack down on distractions in cars would be more motorcycle cops with helmet cameras as in other states. They would also detect seat belt and child restraint offences. The bonus would be many more unroadworthy cars off the road or sent for repairs.

BUT, motorcycles & scooters never got a mention .... again. Not the RACV, VACC or FCAI or any of the major clubs or representatives mentioned motorcycles or scooters. The IRG got a letter in the Melbourne Herald Sun but that's all. 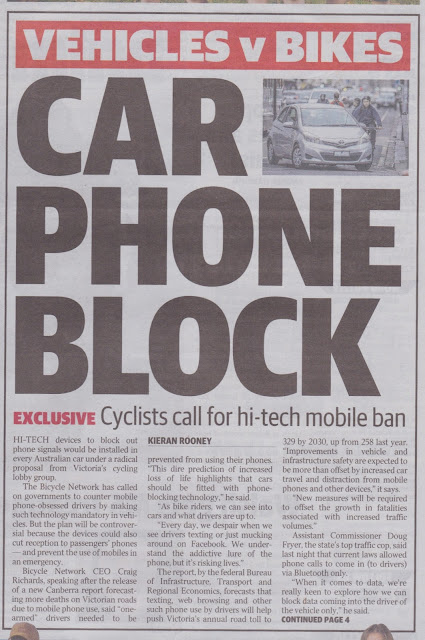 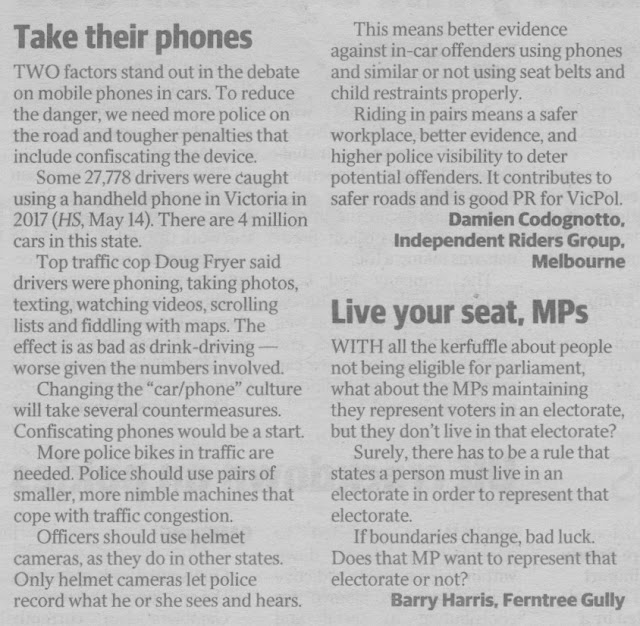 
Posted by DAMIEN CODOGNOTTO OAM at 19:24