ANOTHER RIDER DIES AT A WRB SITE.

The Independent Riders' Group offers sincere sympathy to family and loved
ones.

Media was sketchy but as we hear it, on  February 21, 2013,
a mature Sydney woman was riding the Monaro Highway from Bombala
to Cann River in Victoria. She was on her way to the Superbikes on
Phillip Island. She did not make it. For some reason she dropped the
bike about 27 kms from Cann River and slid into a WRB.

Apparently she had traveled this route to the Supers before, as a pillion,
but this was her first trip on this road as as rider. She got her
probationary licence in November 2012. That may mean she was a novice.
It probably means she had recently completed training courses, her gear
was new and she was riding conservatively and within the speed limit.

It's a while since I rode the Monaro Highway but I thought it was a
fairly safe bike road. Not much WRB up that way then. There's
nothing to suggest another vehicle was involved in this crash at this
stage, but the Coroner has not heard the evidence yet.

We are told it was wet. She was riding downhill into a left hand bend.
Perhaps, not knowing the road well, she was going a bit quick for the
conditions? She dropped the bike and slid across the road. If there
had been no barrier she would probably have slid over a steep
embankment and may have survived. 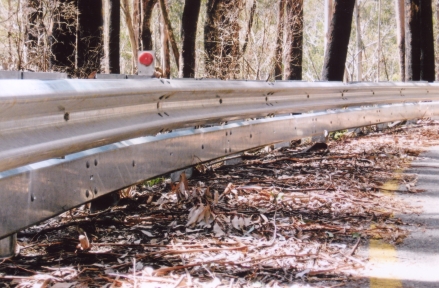 If there had been a smooth concrete barrier, or w-beam barrier with a
skirt, she may have rolled along it and survived. BUT it was wire rope
barrier (WRB). Barrier posts are the killers. WRB has the most exposed
posts of any barrier system and, as sliding riders usually hit the WRB
posts at a shallow angle, their bodies collide with many WRB posts even
at low speeds. These multiple impacts are killers.

As we understand it, this is what happened to the lady from Sydney. She
suffered horrendous injuries from multiple impacts with WRB posts and
cables.

Witnesses said trucks and other traffic were allowed through the crash
site. That would make it difficult for trained investigation officers to
accurately assess the scene. Especially since they probably came from
Melbourne and took several hours to get there. The further from Melbourne
you crash the less likely it is that your crash site will be adequately
assessed. BUT VicRoads will tell you that there is no evidence to suggest
that WRB presents a danger to motorcyclists. Because road authorities don't
do the required research.

Victoria's Transport Accident Commission (TAC) spends a lot of our money
telling all and sundry that riders are responsible for reducing our own
risks on the road. But road authorities have a duty of
care to reduce the risks to road users by providing
a safe, well maintained road environment.

WRB is a hazard to ALL road users because, as well as the threat it presents
to motorcycle & scooter riders, it does not stop large vehicles. There have
been several fatal, cross-over smashes at WRB sites.


To the best of our knowledge, no report on impact testing of WRB in Australia,
with or without post pads, has been released.

The 2012 inquiry into motorcycle & scooter safety in Victoria recommended
improved crash site data collection to be done by an independent authority.
Recommendations 1, 2 & 3. Recommendations 46 & 47 say VicRoads should update
it's road safety guidelines and specifically mention WRB as an area to study. 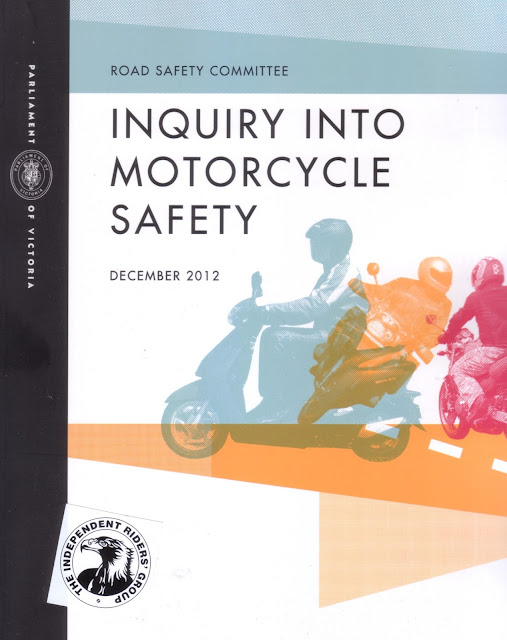