The vilification of motorcycle riders by police and law-makers across OZ, especially in Queensland, does effect ordinary riders.

1.3 million Australians hold bike licences. Police say only 5000 of them are members of "outlaw motorcycle gangs".

To justify their push for power and dangerous laws government spin doctors generate negative publicity which is lapped up by the sensationalist media. Bad bikie news gets the front page treatment, good bikie news rarely gets a run. They need villains. This means riders are at greater risk on our roads and police get away with treating motorcyclists unfairly.

St Andrews up to King Lake was a great road. Now it is a death trap. The speed limit has been reduced to 60 kph for nearly 20 kms of twisty bits. Narrow blacktop. Lots of blind corners. There was a speed camera in roadside scrub at the bottom. There was no police presence. 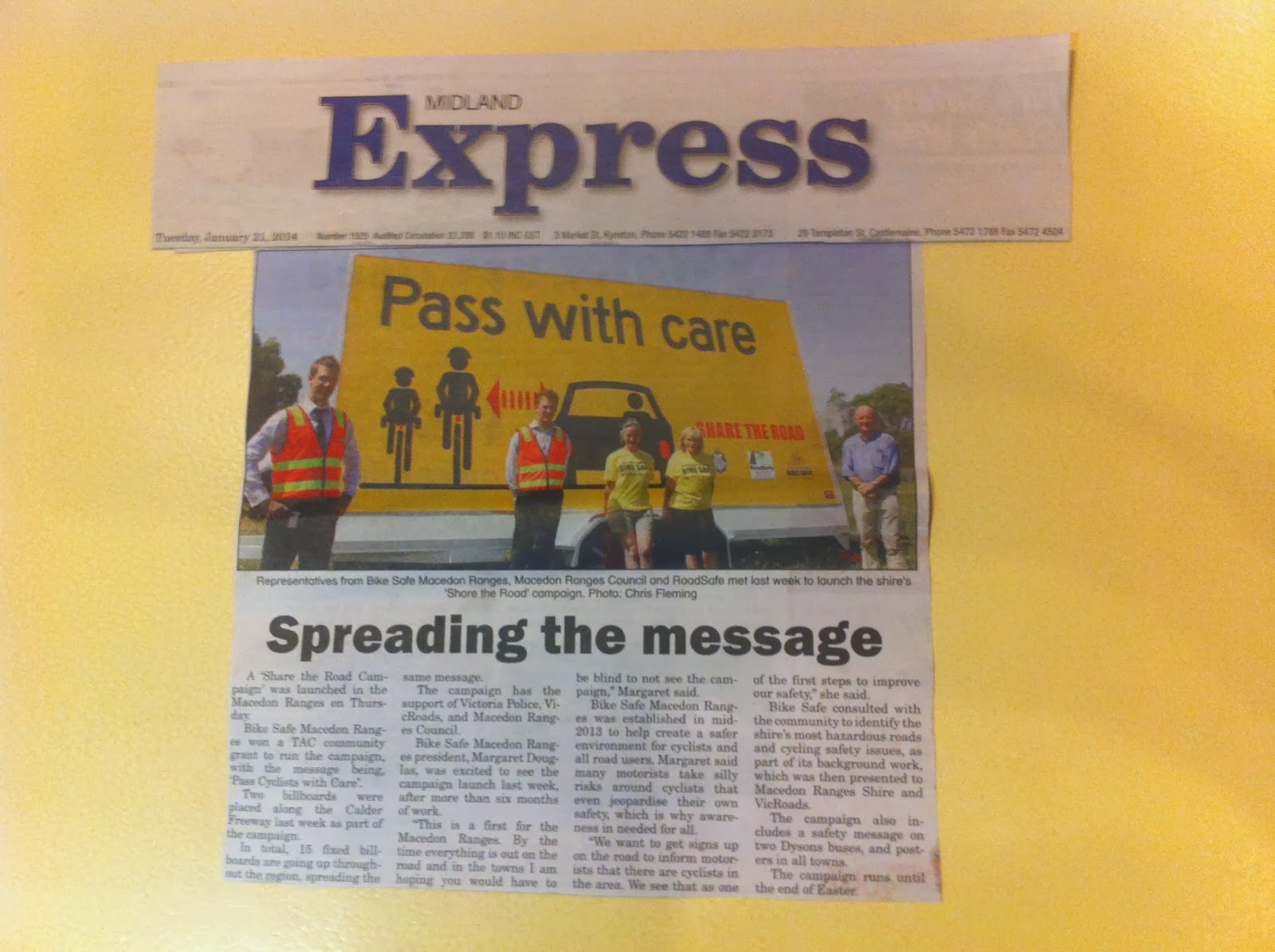 About 11 am on a Saturday the road is infested with bicyclists who can't do anything like 60 kph going uphill. They ride two abreast in both directions.

Car drivers don't even begin to think about using their brakes and waiting to pass safely. They just swing out and overtake. A motorcycle or scooter rider can face a head-on with a car, usually a 4WD/SUV monster coming round a blind corner at a closing speed of up to 100 kph. It happened to me several times on the one trip.

I had a pie at the King Lake bakery. Too early for a counter attack at the pub and headed off to Healesville. The plan was lunch at Marysville. Spending my tourist dollars and being a good citizen.

The road through Toolangi was safe and deserted. Perfect conditions, no cars. I think the speed limit was 50 kph. I was tootling along at about 40 kph enjoying the solitude. There was a bike cop by the road. He pulled me over. I asked why he had stopped me. He said it was his job to check my licence. My licence is clean. I was wearing the right gear. The bike had been roadworthyed 24 hours before. He went over the bike and told me what was wrong with it.

I was not happy getting a lecture on a rare day out for doing absolutely nothing wrong so I returned fire. I asked him why he was pulling bikes up on a very safe bit of road when a few kms away deadly mayhem was being committed by idiots on pushbikes and potential culpable drivers. He said it was not his area. He did not deny he was only pulling up motorcyclists. He tried to make excuses that the hills were a high bike crash zone. He was not where the bike crash risk was high on the St Andrews / King Lake Road.

After about 20 minutes it was clear he was not going to find something to book me for so I left. Spoilt my day. What great public relations for the Victoria Police eh?