The south east corner of Australia  is some of the best motorcycle & scooter touring country in the world.

Lots of Australian riders go on organised tours or solo rides in Europe, Asia and North America. Motorcycle & scooter touring in Victoria and Tasmania is a niche market with great potential. But our governments do little to encourage two-wheel tourists coming here. When its' snowing in the northern hemisphere and the bikes are in storage, you can go for a ride in OZ and get a sun tan. 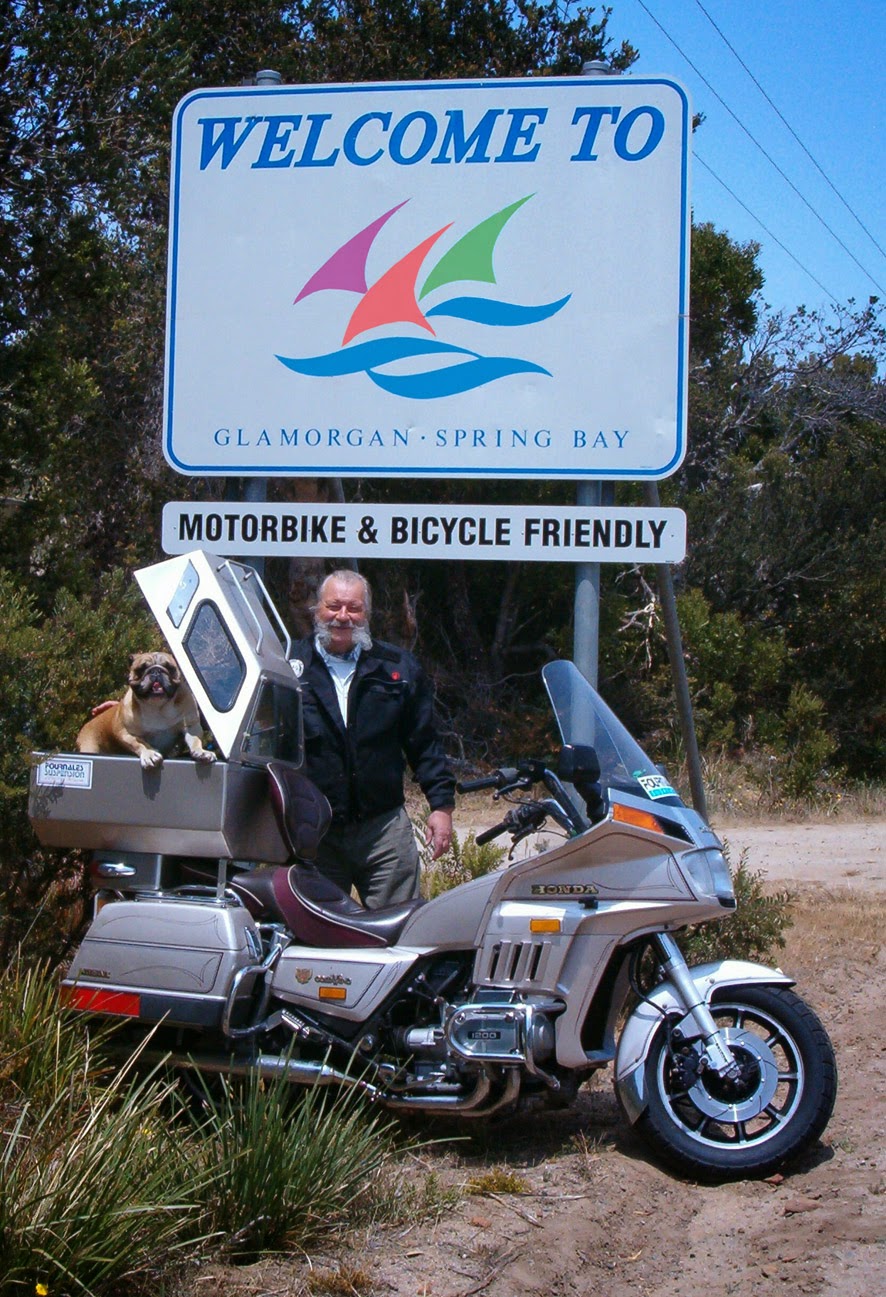 In fact some government employees go out of their way to discourage riders in Victoria. Standing by the road in full view of Joe Public for a 10 minutes lecture on the dangers of motorcycling does not ahttp://www.tourism.vic.gov.au/about/strategies-and-publications/product-strategies.html
great ride make.

Pushbike tourists on the other hand get lots of official encouragement and support.

The Independent Riders' Group in Melbourne (IRG) lobbied the government to establish a plan to encourage motorcycle & scooter tourism. In 2012, Tourism Victoria released its' two-wheel tourism strategy plan and put it on a web page.

The Tourism Vic bicycle plan is prominent on the website.

It says that touring push bike riders put $362 million into the state's economy each year. The IRG estimates touring motorcycle & scooter riders contribute at least twice that every year and most of that is spent in regional Victoria.

Riders spend $60 million on, and riding to and from, Phillip Island during MotoGP week.

IRG is lobbying Tourism Minister Louise Asher to research the financial benefit for Victorians from two-wheel tourism. We would like her to update the Tourism Vic web page and make it more accessible. We want Tourism Vic to work with Tourism Tasmania to attract interstate and overseas riders to this part of the world.

The IRG wrote to both Minister Asher and to the Premier of Tasmania, Will Hodgman MP about encourgaing safe motorcycle & scooter tourism. We cc'd the Island State's champion of riders, Cr Bertrand Cadart, pictured above. If you are in Bicheno, drop in to Le Frog's Corner.